Get the latest updates from Biografrica 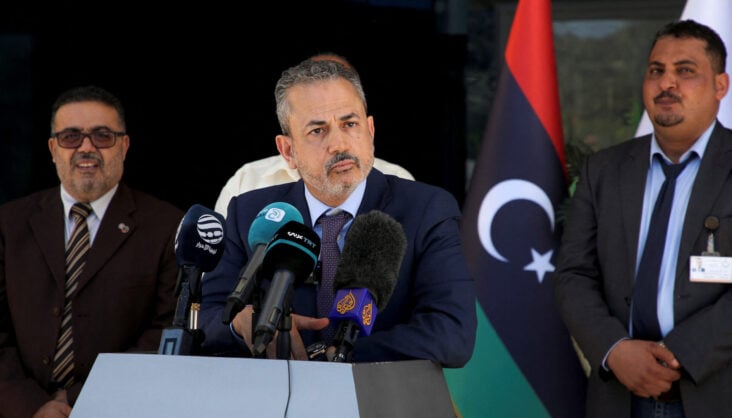 Libya’s state energy firm urged its foreign oil and gas partners to resume exploration and production Tuesday assuring them security had begun to improve dramatically after clashes earlier this year.

Rival administrations in east and west have vied for power since March, in a standoff that has hampered Libya’s efforts to sharply ramp up output in response to a surge in European demand for non-Russian oil and gas.

“The National Oil Corporation calls (on) the international oil and gas companies with whom it has signed oil and gas exploration and production agreements to lift the force majeure declared by them,” the firm said in a statement.

Force majeure is a legal measure allowing companies to free themselves from contractual obligations in light of circumstances beyond their control.

‘Realistic and logical analysis of the security situation’

NOC said its appeal followed a “realistic and  logical analysis of the security situation, which has begun to improve dramatically.”

The firm expressed “readiness to provide all necessary support... along with providing a safe working environment in cooperation with the civil and military authorities.”

On taking up his post in July, Bengdara lifted force majeure at all of the country’s oil fields and export terminals as an eastern-based militia abandoned a three-month blockade of six of them that had cut output by 400,000 bpd.

Since Russia invaded Ukraine in February, European countries have looked to alternative supplies from Africa to help end their dependence on Russian oil and gas.

Libya, which boasts the biggest proven crude reserves on the continent, has been wracked by years of conflict and division since a NATO-backed revolt toppled dictator Moamer Kadhafi in 2011.

Prime Minister Abdulhamid Dbeibah was appointed as part of a United Nations-guided peace process following the last major fighting in 2020, but the eastern-based parliament and military strongman Khalifa Haftar say his mandate has expired.

In March, parliament appointed a new government to take his place, but the rival administration has failed to install itself in Tripoli.

NOC chairman Bengdara was appointed by the Dbeibah government but has vowed to “work to prevent political interference” in the vital sector.

NOC has predicted oil revenues alone will amount to between $35bn and $37bn this year.

We believe that Africa is poorly represented, and badly under-estimated. Beyond the vast opportunity manifest in African markets, we highlight people who make a difference; leaders turning the tide, youth driving change, and an indefatigable business community. That is what we believe will change the continent, and that is what we report on. With hard-hitting investigations, innovative analysis and deep dives into countries and sectors, The Africa Report delivers the insight you need.

Why is Zuma criminally prosecuting Ramaphosa?

In terms of new money going into frontier markets, investor concerns about being able to…

Get the latest creative news from SmartMag about art & design.

Get the latest updates from Biografrica